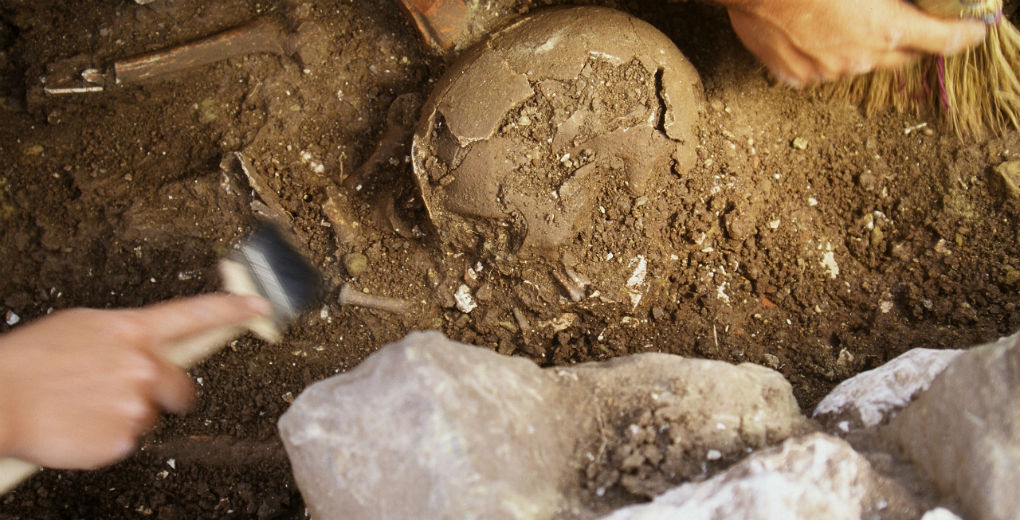 From prohibition-era liquor to a woolly mammoth, here are the five strangest on-site discoveries made by construction workers…

Construction workers in Alexandria, Virginia were building a new hotel when they discovered the remains of timber vessel. It is believed to have been a cargo or military vessel, deliberately sunken between 1775 and 1798, and lost when land was in-filled to create the city.

Site excavators were surprised when the ground collapsed to reveal a hide-out used for liquor storage during America’s prohibition. A ban on the production, importation and sale of alcohol in the USA led to illicit bootlegging and hoarding old supplies, often taking place underground… literally.

The new owner of a house in Miami Beach, Florida, once belonging to infamous druglord Pablo Escobar, decided to tear down the property only to discover a secret safe. Its contents are still a mystery, as it is to be kept in a bank vault until the owners decide to open it.

A construction project to expand Oregon State University’s Valley Football Center uncovered ancient bones belonging to a mammoth. Including a 5-foot long femur, the bones are over 10,000 years old.

Yes, really! 43 fossilised eggs were uncovered in the Chinese city of Heyuan by workers repairing a road. 19 were completely intact, with the largest measuring 13cm in diameter. The city calls itself “Home of Dinosaurs”, boasting the largest number of dinosaur eggs in the world.

Lockyers are a leading independent insurance broker and we specialise in providing construction industry cover, call us on 01924 2878222.