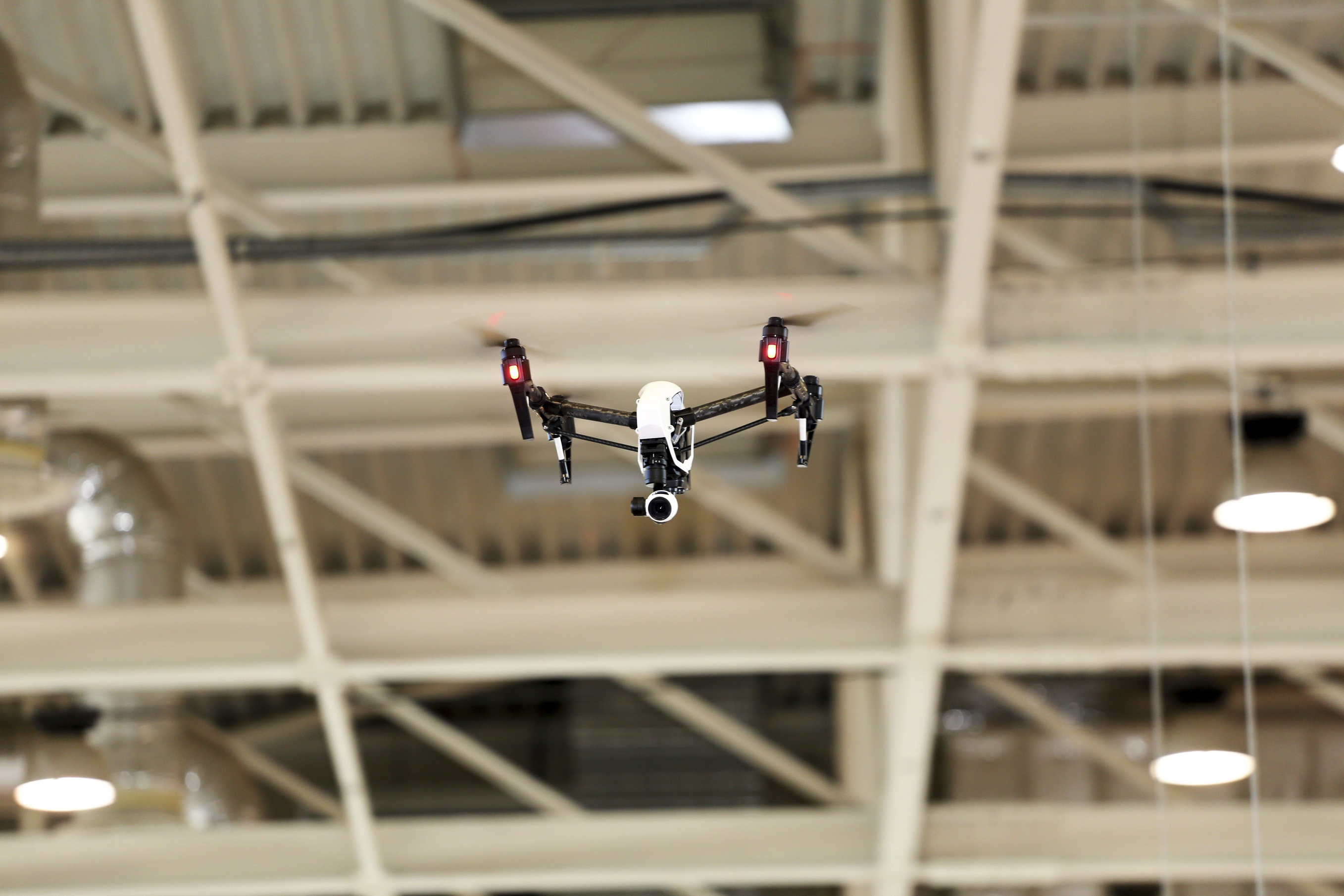 Property inspections take valuable time and can be risky for the people involved. The insurance industry is embracing drones as a low-risk, technically sophisticated alternative. Are drones coming to the skies near you?

Three in ten UK workplace fatalities involve a fall from a height, such as a worker slipping from a ladder. Around 40 people die in this way in the UK each year. It makes sense to use all available strategies to reduce the need for workers to climb ladders – which is where insurance drones enter the scene.

Drones, also known as unmanned aerial vehicles (UAVs) are small aircraft that can fly and hover around structures. They take high-resolution photographs and make aerial surveys, providing insurers with information about building condition.

When an insurer might use a drone
Potentially unsafe structures are a prime example of how a UAV can assist insurers. If a building is damaged by fire, part collapse or some other structural issue, it may not be safe for a human to carry out an inspection. Using a drone, the site can be surveyed without risking human safety.

There are also savings to be made by using a drone. Inspecting a property can take a considerable length of time. The average is one to two hours but for large or complex buildings this can be much longer. Drones can capture data that human inspectors cannot: close-ups of the tenth story of a building, a mosaic photo showing an entire roof, or videos showing damage in granular detail.

Why UAVs make happier customers
A drone controlled from the ground by the inspector can do the job around ten times faster, zooming in and recording key features. The time saving is even greater for commercial and tall buildings.

Quicker inspections translate into faster processing of claims and more satisfied customers. In times of high demand, such as the aftermath of flooding, the use of UAVs could make a significant difference to claims management. Delays in assessing claims cause additional distress to customers already in difficult circumstances.

More drones are coming to our skies
For years now, drones have been associated with military activity. Surveillance and air strikes in hostile regions can be carried out using the technology with minimal risk to military personnel.

However, drone usage is now extending from the defence industry into insurance and beyond. Amazon is partnering with the Civil Aviation Authority to test automated delivery drones, which could be a game-changer for ecommerce.

UAVs can be deployed in almost every area of human activity. Easyjet already uses drones to carry out safety inspections of its aircraft; agribusiness is investing in the technology to monitor and manage crops and livestock. Network Rail’s ORBIS project will use drones to create a 3D digitised map of the entire UK rail network, helping to analyse maintenance work and field worker distribution.