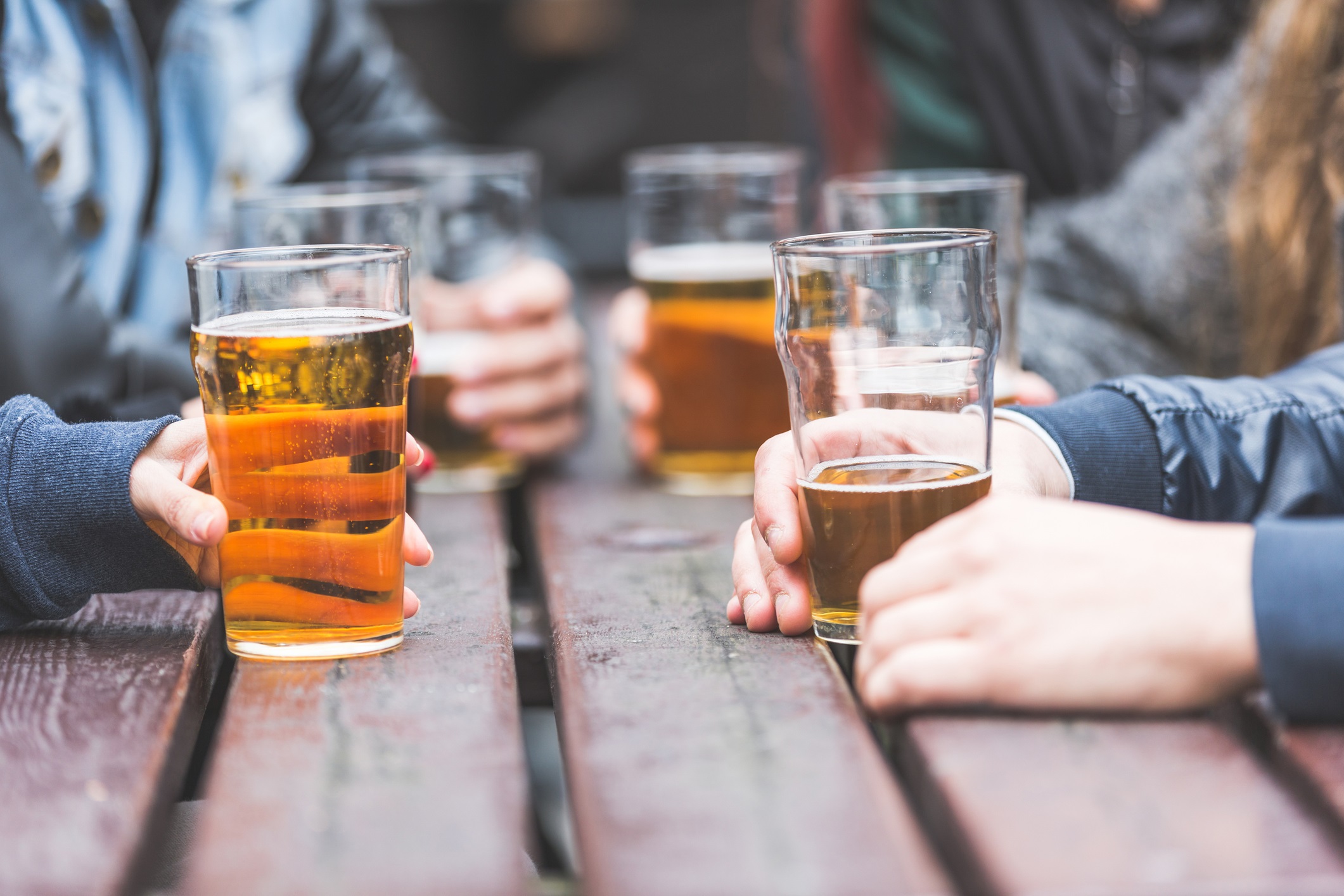 If you run a pub or bar here are some interesting facts you might not know about beer.

Clear, brown or green?
Most of us have heard the popular song ‘10 green bottles hanging on the wall’, but do you know why beer bottles are usually green or brown?

Beer was initially sold in clear bottles but when exposed to sunlight, this seemed to alter the smell of the beer, giving it a foul odour. This was due to the breaking down of acid in the hops. Brewers found that by using brown or green bottles, they were able to protect their drink from any unwelcome sunrays and their beer would retain its familiar malty scent. Green bottles became much more prevalent after World War II when there was a shortage of brown bottles; showing that we can jump over any hurdle in the battle to preserve this historic beverage. Alternatively, due to the wonders of modern technology, brewers can now apply UV protected coats to glass to preserve the taste.

Bathing in beer
There is a place in Austria where you can swim in a 13ft pool of warm beer.

In Brauerei Schloss Starkenberg, Austria, there is a beer spa containing 7 pools of beer to swim, float or simply sit in and immerse yourself in the warm depths of watery beer. Each pool contains 42,000 pints of beer, (it is not advised to drink from the pools as it is not cleaned after the dip.) Bosses of the company claim that as beer is rich in vitamins and calcium, “it is good for the skin and helps cure open wounds and psoriasis.” If you fancy this, it will set you back £200 for two hours – perhaps 100 cans of Fosters in the bathtub would suffice?

In the 1920’s Prohibition in the US banned the manufacture, sale and transportation of alcohol for ‘beverage purposes’, lasting for 13 years.

Many people during this time tried to find loopholes around the law and the beer trade was brought underground.  However, there was a way to trade beer and liquor ‘above-board’ by selling it for medicinal purposes. Doctors were able to prescribe beer at any time, under any circumstances and they determined the amount prescribed. This ended up being short-lived as it was then changed to limited wine and liquor prescriptions, no more than half a pint in ten days and beer was banned altogether. Thankfully for all US beer lovers, national prohibition ended in 1933 along with the beer ban.

Exploding beer bottles
Ever fancied having a go at brewing your own beer or starting a microbrewery? Well, it’s not without some risks.

When homebrewing your own beer, you will need to be aware of the risk of ‘bottle bombs’, the dreaded moment where you wake up in the middle of the night to a series of mysterious bangs only to find your walls, floor, equipment and a rather startled cat soaked in beer. In a worrying case in the US, the 10 Barrel Brewing Co. were forced to recall their drink ‘Swill’ due to the risk of them exploding in people’s homes, certainly not a very pleasant surprise during any sneaky fridge raids. It gives a whole new meaning to a ‘booming’ business.  The reason for this can be down to a number of reasons from over fermentation to infections in the bottle and can clearly have some serious repercussions for anyone close by.

So now we’ve established that starting a microbrewery isn’t for the faint-hearted. If you do fancy giving it a go, ensure you get yourself properly insured. Whatever the nature of your business, commercial insurance can be provided by Lockyers which will help in any event when things don’t exactly go to plan.