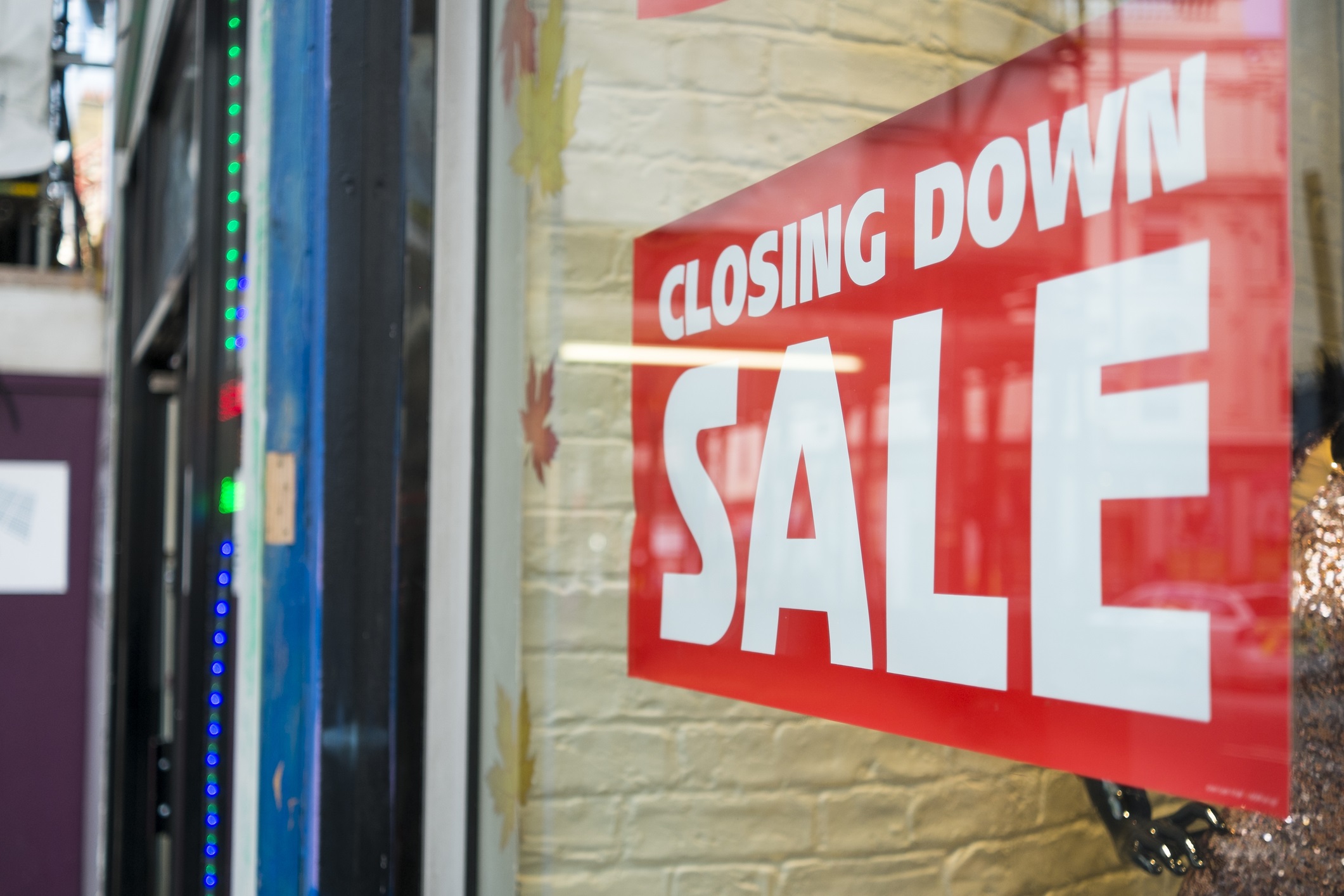 2,692 shops closed down on Britain’s high streets between January and June this year with more stores expected to continually disappear. The PwC report shows that store closures outweigh new openings by over 1,100. By 2030, it’s predicted more than 100,000 more stores will close as e-commerce continues to thrive.

Not surprisingly, fashion shops and pubs saw the highest net closures, according to the report. Electric goods and restaurants also saw significant closures though, as people buy items online and are less likely to eat out than previous decades.

The fall of the giants

What about the workers?

Worryingly, such drastic closures are mirrored by the number of retail workers being laid off. In the first six months of the year, 21,355 workers were laid off. Throughout the whole of 2017, the figure was almost half that at 12,225, according to the Centre of Retail Research. “Store closures in the second half of the year due to administrations and company voluntary arrangements [are] already announced”, said Lisa Hooker, consumer market leader at PwC, and this will “further intensify the situation.”

It’s suggested the causes are a combination of the rises in business rates, minimum wage and shoppers opting to spend online. It’s not all doom and gloom, however. Governmental reform for business rates and taxes for online-only firms with few employees seem to be in the pipeline.

Business leaders have also been investing in supporting local businesses, offering lower rent and target-based incentives. In turn, such endeavours can also fill those empty shops on high streets and in shopping centres.

Whilst things may look like the beginning of the end for traditional high street chains, it is down to them to change. M&S chairman, Archie Norman, said M&S was on a “burning platform” and warned the firm must “change or die”. Other chains must surely do the same. In the meantime, smaller businesses have the scope to thrive.

If you are a shop owner or own a commercial property which you rent to other businesses, having the right insurance can help protect hard times. Contact our friendly team to see how we can help you.